The Adesh University Journal of Medical Sciences & Research (AUJMSR) is an open-access peer-reviewed journal committed to publishing high-quality articles in the field of Medical, Dental and all allied Health Sciences including Biomedical Research, Pharmaceutical, and Physiotherapy. The journal is owned by the Adesh University and published by the Scientific Scholar.

Our audience includes all practitioners from all the specialities of Medicine, Dentistry, and All Allied Health Sciences.

AUJMSR has a highly rigorous double-blinded peer-review process that makes sure that manuscripts are scientifically accurate, relevant, novel and important. Authors disclose all conflicts of interest, affiliations and financial disclosures such that the published content is not biased.

The editorial board comprises a panel of experts from various disciplines of medical and allied sciences to provide their expertise and guidance to the Editor-In-Chief in maintaining the clarity of content and focus of the journal’s purpose. Editor-In-Chief:
Prof (Dr) Rajiv Mahajan,
Principal, Professor (Pharmacology),
Dr. Rajiv Mahajan, Professor (Pharmacology) and Principal at Adesh Institute of Medical Sciences & Research, Bathinda graduated from Government Medical College, Amritsar, and post-graduation from Government Medical College, Patiala. Subsequently, he did his Professional Diploma in Clinical Pharmacology.
He is a Fellow of the International Medical Scientists Academy. He has a special interest in Health Professions Education and did his MCI Advance Course in Medical Education (ACME) in the very first batch in India in 2014. He is a fellow of Foundation for Advancement in International Medical Education and Research, Philadelphia (CMCL_FRI) and currently a faculty at CMC Nodal Centre for Advance Course in Medical Education and faculty for FAIMER at CMC Ludhiana. 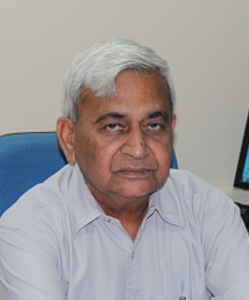 Professor Ram Gopal Saini obtained a Ph.D. in Genetics in 1979 from Punjab Agricultural University. Later he worked there on various positions starting from Assistant Geneticist to Professor and Head of the Department of Plant Breeding and Genetics, Director Biotechnology and Coordinator of Research (Basic Sciences) of the university.

He worked at the University of Sydney, Australia (1986-87) as Visiting Scientist to receive advanced training in his area of specialization. Professor Saini was awarded the National Fellowship of the Indian Council of Agricultural Research, a National level professorial chair in 1995 in recognition of his work on the Genetics of Host-Parasite Interactions in wheat. Professor Saini is the first Asian to identify and designate two novel leaf rust resistance genes in wheat in the year 2000.

Professor Saini has supervised the work of over 100 M.Sc., M.Phil. and Ph.D. scholars in diverse areas of basic sciences and published more than 250 research papers in leading national and international journals. He handled 19 research projects funded by the Department of Biotechnology, the Indian Council of Agricultural Research, and the Swiss Government under Indo Swiss Collaboration in Biotechnology as Principal Investigator during his service tenure. Prof. Saini also supervised the work of Research Associates of Indian Council of Medical Research and Council of Scientific and Industrial Research, Government of India. After superannuation from Punjab Agricultural University in 2007, he was picked up by the Central University of Punjab as an Invited Professor where he established the Departments of Human Genetics, Biochemistry and Microbiology, and Genetic Diseases and Molecular Medicine.
He also handled the work of the Registrar and the Controller of Examinations of the Central University of Punjab for nearly three years.

Professor Saini was a member of several national-level committees constituted by the University Grants Commission, Department of Biotechnology, Ministry of Science and Technology and the Indian Council of Agricultural Research, Government of India. Professor Saini worked as a member of the editorial board of the Indian Journal of Genetics and Plant Breeding for over fifteen years. Presently, Professor Saini is the Chairperson of the Centre for Interdisciplinary Biomedical Research and Dean Post Graduate Studies and Research of Adesh University. With such a widespread and detailed experience in research, teaching and administrative areas, he brings dynamism to the journal. 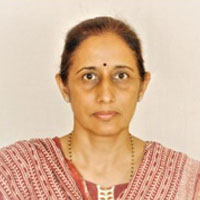 Executive Editor
Prof. Mrs. Minnu Mridul Panditrao,
MBBS, DA, DGO, MD (Anaesthesiology) (PGIMER)
Prof. Mrs. Minnu Panditrao is working as a Professor in the Department of Anesthesiology & Intensive Care, at Adesh Institute of Medical Sciences & Research (AIMSR). She is the alumnus of the highly acclaimed, Post Graduate Institute of Medical Education & Research (PGIMER), Chandigarh. After completing her post-graduation from PGIMER, she worked as an overseas faculty at the prestigious University of West Indies, Mona, Kingston, Jamaica and Princess Margaret Hospital, Nassau, Bahamas, for almost 10 years.
After returning to India, she rejoined the Medical Education system, rising through the various positions to become Professor of Anaesthesiology, at prestigious Padmashree Dr. D Y Patil University (DPU), Pune.She helped in starting and successfully published, as the Managing editor, for 5 years, the Medical Journal of D Y Patil University, a multi-disciplinary journal. During her recent appointment with Rand Memorial Hospital Freeport, Bahamas, in 2014, as a Member of the Editorial Committee, she was instrumental in initiating and publishing, the maiden issue of the University of West Indies Nassau Institute of Clinical Excellence (UWI-NICE) Bulletin.
She has been involved in organizing many National and International CMEs, conferences, as well as been a distinguished faculty at many of them at the national/ international level. She has authored 2 chapters in textbooks, She has 38 publications in international and national, peer-reviewed, indexed Journals. As a well-balanced and multi-faceted personality, she is a bedrock of support in the editorial team. 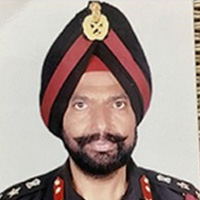 Managing Editor:
Prof. Brig. Avatar Singh Bansal, MD (Community Medicine )
Dr. Avtar Singh Bansal is the Medical Superintendent at Adesh Institute of Medical Science and Research Hospital and Professor in Community  Medicine in AIMSR.In addition, he is holding the appointments of Dean Planning and Development and Director Training and Placement at Adesh University.
He is an alumnus of Netaji Subhash Chandra Bose Medical College Jabalpur and possesses 34 years of work experience in the Armed Forces of India, during which he held appointments as Senior Advisor and Director Health Services,  having to experience wide-ranging responsibilities in the field of medical Academics, medical administration, medical logistics, man management and public health at various levels in the hierarchy of Armed Forces.

He is an astute medical professional and administrator with an extensive track record both in Armed Forces and in Medical College to achieve unparalleled excellence in the hospital and medical services. During the 2005 Kashmir Earthquake, he played a key role in getting medical resources from WHO and setting up forward surgical centers with facilities of operation theaters in far-flung areas and his meritorious services in the Armed Forces were recognized by awarding him a coveted Army Commander’s  Commendation For high-quality managerial skills.

He was specially selected by the Indian Army Headquarters and sent to Nepal to render expert advice to the Nepalese Army in opening up of  Army Medical College (Institute of Health Sciences) at Kathmandu in the year 2011. He is a recognized undergraduate and postgraduate teacher and has 12 publications in national and international, peer-reviewed, indexed Journals. A strict disciplinarian with broad Management and administration experience, Dr. A S Bansal, as a Managing editor is very capable of supporting the journal. 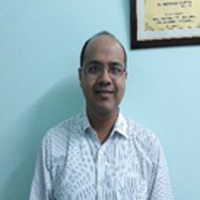 Managing Editor:
Prof. Parmod Goyal, MBBS, MD (Forensic Medicine)
Professor Pramod Goyal is working as a Professor & Head, Department of Forensic Medicine at Adesh Institute of Medical Sciences & Research (AIMSR). He is also the Coordinator of, Medical Education Unit, Coordinator, Body Donation Programme and  Member Curriculum Committee of AIMSR Bathinda. He has done his MBBS from Kasturba Medical College, Manipal and MD in Forensic Medicine from Government Medical College, Amritsar. After completing his post-graduation from GMC Amritsar; he worked at Maharaja Agrasen Medical College, Agroha, Hisar (Haryana) and now for the last 14 years, he is working at AIMSR Bathinda.

He completed his FAIMER (Foundation for the advancement of international medical education and research) fellowship from Christian Medical College, Ludhiana in 2014 and then inducted as faculty for the FAIMER program at CMC Ludhiana. He completed his advanced course in medical education (ACME) in 2018. He has been invited to Peer Reviewing various reputed journals like CHRISMED Journal of Health and Research (a publication of Christian Medical College, Ludhiana Society) and Medical Journal Armed Forces India ( The Official Publication of Armed Forces Medical Services). Currently, He is also Chief Editor of the Journal of Punjab Academy of Forensic Medicine and Toxicology.

He is also Section Editor for the International Journal of Applied and Basic Medical Research ( PubMed Indexed Journal). He has 24 publications in international and national, peer-reviewed, indexed Journals. He has organized many CMEs/ conferences, as well as been a distinguished faculty at many of them at the national level.

Facts About the Journal

It is a peer-reviewed international journal with a double-blind review process. Its frequency of publication is Semi-annual, what that means is, it publishes the article once it’s accepted after peer review. Currently, we only have E-Journal and do not publish in print.

A manuscript published in the journal can be read and downloaded by readers all over the world without any charges or fees. The author retains the copyright of the manuscript and the figures. This allows authors to extend their exposure in the world of medical research and get worldwide recognition for their work.

The journal is registered with the following abstracting partners:

The journal is committed to meeting and upholding ethical guidelines at all stages of the publication process. We follow the industry associations, such as the Committee on Publication Ethics (COPE), the International Committee of Medical Journal Editors (ICMJE), and the World Association of Medical Editors (WAME), that set standards and provide guidelines for best practices to meet these requirements. For a summary of our specific policies regarding duplicate publication, conflicts of interest, patient consent, etc., please visit our Ethical Guidelines Section.

We use PORTICO for our third-party repository for all articles published with us. All our manuscripts are assigned a DOI number from CROSSREF, and we are members of https://crossref.org

AUJMSR is an open-access journal, and manuscripts published are distributed under the terms of the Creative Commons Attribution-NonCommercial-Share Alike 4.0 License, which allows others to remix, tweak, and build upon the work non-commercially, as long as appropriate credit is given and the new creations are licensed under the identical terms.

Articles published online under the Ahead of Print model are considered published and can be cited and quoted using the DOI as the reference source. AUJMSR has a policy that changes will not be made after the publication of an article without following accepted procedures for making corrections to the scientific record.

While advertisements are crucial to this journal to be able to keep all content free for everyone, ethical considerations are in place (https://scientificscholar.com/adv-policies/) to ensure the integrity of the journal and its content are not biased or influenced by the advertisement.

“Pop-up” and “Banner” advertisement appears at a fixed location on the page and does not interfere with the reading/display of the manuscript in any form. (https://aujmsr.com/advertise/)

All advertisements are approved in consultation with Editor-In-Chief/the Editorial Board.

Advertisers submit their advertisements without prior information of the journal content to be published.

AUJMSR is a continuous publication and published manuscripts in the journal can be read and downloaded by readers all over the world without any charges or fees.

Scientific Scholar (scientificscholar.com)  owns its Manuscript Management System called EditorialAssist (journalmanagement.org). This system is very intuitive with a very short learning curve. The overall functionality of this system is based on “DRAG AND DROP”.

The mission of the Scientific Scholar (scientificscholar.com) is “Share, Learn and Improve”. 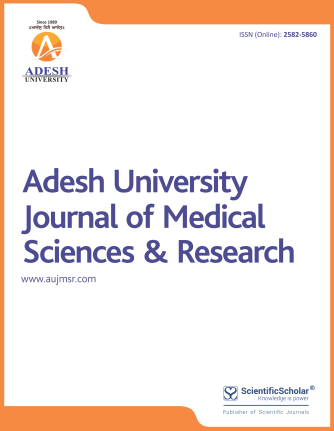